Paraplegic patients recovered partial control and feeling in their limbs after training to use a variety of brain-machine interface technologies, according to new research published on Thursday in the journal “Scientific Reports.”

The researchers followed eight patients paralyzed by spinal cord injuries as they adapted to the use of the technologies, which convert brain activity into electric signals that power devices such as exoskeletons and robotic arms.

Between January and December 2014, the patients used virtual reality scenarios and simulated tactile feedback exercises to train their minds.

“To our big surprise, what we noticed is that long-term training with brain-machine interfaces triggers a partial neurological recovery,” said Dr. Miguel Nicolelis, a professor of neuroscience and biomedical engineering at Duke University, according to a statement from Duke. “What we didn’t expect and what we observed is that some of these patients regained voluntary control of muscles in the legs below the level of the lesion and regained sensitivity below the level of the spinal cord injury.”

The researchers believe that the training in effect rewired the circuitry in the brain, giving it new ways to communicate with parts of the injured body.

“We may actually have triggered a plastic reorganization in the cortex by re-inserting a representation of lower limbs and locomotion in the cortex,” Nicolelis said. “These patients may have been able to transmit some of this information from the cortex through the spinal cord, through these very few nerves that may have survived the original trauma. It’s almost like we turned them on again.”

“It is very encouraging,” Dr. Ron Frostig, a professor of neurobiology and behavior at the University of California, Irvine, said in an interview. “It shows that not only can we train them to use their thinking to activate something to help them like a robotic arm, but now we can improve their situation even further.” 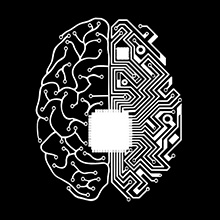