PVA Advocacy staff participated in an invitation-only policy conference in Houston, Texas, on October 28 – 30, to discuss ways to improve federal disaster housing response and recovery systems to ensure that the needs of low-income survivors are not overlooked. The meeting was sponsored by the Disaster Housing Recovery Coalition (DHRC), which is comprised of more than 850 local, state, and national organizations.

Often, when disasters strike, the lowest-income survivors – among them many people with disabilities – sustain the greatest damage, have the fewest resources, and face the longest paths to recovery. The current disaster housing response and recovery system exacerbates and reinforces racial, income, and accessibility inequities at each stage of response and recovery. Many of the system’s flaws were outlined in a preliminary report developed by DHRC members, the Fair Share Housing Center of New Jersey, and the National Low Income Housing Coalition (NLIHC). The document, Fixing America’s Broken Disaster Housing Recovery System: Barriers to a Complete and Equitable Recovery, served to set the stage for the convening focused on creating an improved disaster response system.

The conference began with a bus tour highlighting some of the successes and continuing challenges in Houston two years after the devastation of Hurricane Harvey. Organized by Texas Housers and the Houston Organizing Movement for Equity (HOME) Coalition, participants heard from survivors and community organizers and toured a home being renovated by a neighborhood recovery group, a public housing complex that flooded during Hurricane Harvey, and a home built with accessible features utilizing RAPIDO, an efficient temporary-to-permanent post-disaster housing program.

Attendees also viewed the premiere of a Revisioning Recovery film compilation by Working Films highlighting the inequities in present day disaster preparedness and response systems, and the solutions needed to respond to natural disasters. Among the documentaries was, “The Right To Be Rescued,” focusing on people with disabilities affected by Hurricane Katrina in 2005.

The meetings over the next two days consisted of in-depth discussions concerning improvements needed in the federal disaster housing response system. Separate sessions were held on the immediate response following a disaster; the provision of long-term housing recovery; and mitigation and resilience efforts. Each session began with a panel discussion featuring stakeholders with direct experience in each area and policy experts, followed by in-depth small- and large-group sessions exploring new and more effective policies, systems, and structures to address challenges identified in the plenaries. Every group and panel focused on similar themes such as addressing racial and economic equity, improving meaningful community involvement and power, ensuring compliance with civil rights and fair housing laws, strengthening pre-disaster planning, and driving federal investments to meet the needs of the most vulnerable. The NLIHC will now work with DHRC partners to consolidate the recommendations generated at the convening into a comprehensive set of policy recommendations. The report, the second of two on Fixing America’s Broken Disaster Housing Recovery System series, will be released in 2020. 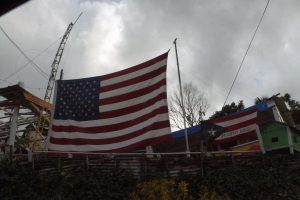