President Trump presented key details of his $4.75 Trillion Fiscal Year (FY) 2020 Budget Proposal to Congress on March 11th. More detailed information is expected in the coming weeks, but we have enough data now to know that his request falls short of what is needed to meet the needs of VA, and it does not fully fund the VA MISSION Act or veterans’ health care programs.

Compared to The Independent Budget (IB) recommendations for FY 2020, released last month, the Administration requested $4 billion less for veterans’ health care than the IB believes will be necessary to fully meet the demand by veterans for health care next year. Also, we now know, that VA will miss its fall deadline for expanding its comprehensive caregiver support program to veterans who were severely injured prior to September 11, 2001, including WWII, Korean, and Vietnam War veterans, and their family caregivers. The delay was announced by VA officials during a “Budget Rollout” briefing where they indicated that the initial certification of computer systems and programs necessary for the expansion won’t occur until sometime next year. This is another unacceptable delay for men and women who have waited nearly a decade for equal treatment.

VA construction programs would take a huge funding cut if the budget request were to be enacted. The Administration’s recommendation of $1.8 billion dollars amounts to a 44 percent reduction over current levels, and would be a significant retreat in funding to maintain VA’s aging infrastructure. We strongly disagree with VA’s decision to return to its old practice of underfunding infrastructure needs, and call on Congress to allocate $3.8 billion for VA’s construction accounts to maintain, repair, and expand the Department’s infrastructure.

We are also troubled that the Administration’s request of $762 million for Medical and Prosthetic Research amounts to a 2 percent cut, at a time when medical research inflation is estimated to be 2.8 percent. Such a reduction would diminish VA’s ability to provide the most advanced treatments available to injured and ill veterans in the future, one of VA’s core missions. PVA has already recommended Congress increase VA Research funding to $840 million.

Finally, the Administration’s budget includes at least two other harmful proposals that would cut over $4 billion dollars from veterans’ disability compensation payments by rounding down cost-of-living adjustments (COLAs) and making it harder for veterans to receive exams necessary to prove their claims in the future. PVA and its IBVSO partners are opposing both of these proposals.

The Administration’s request will be largely ignored by lawmakers—this is just the start of a very long process. Congress ultimately decides what level of funding VA will receive. We will be working with appropriators to ensure enough funding is provided to meet the rising demand by veterans for care at VA hospitals and clinics, and fully and faithfully implement the provisions of the VA MISSION Act. 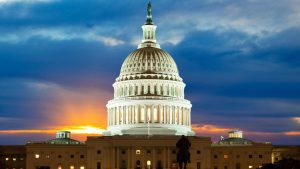