PVA From The Top – Putting Others Before Self

I’ve been grateful and humbled to have this platform to express my thoughts about Paralyzed Veterans of America (PVA) and personal issues. This is my last article as president, and it will be personal.

I’ve met a lot of wonderful people and want to thank a few of them before I get to one last person who meant the world to me and who started, encouraged and made the biggest impact on my PVA leadership journey.

I want to first thank the love of my life, Marilou, who has journeyed 500,000-plus miles with me all around this country in every imaginable weather. She has worn many hats, organized every trip and provided needed continuity and companionship. I also want to thank my parents, siblings and extended family. Your love, values, teachings and religious faith have kept me balanced and grounded.

I also want to thank every executive committee (EC) member with whom I served the last 10 years. Thank you to the EC members who served with me during my presidency and supported my vision. Special thank you to Al Kovach Jr., who encouraged me to run in 2010 and put PVA over my selfish needs.

Thank you to Carol, Megan, Shaun, Eddie, Anika, Virginia and Carl — the 10th floor crew.  Together, you made my trips to Washington, D.C., inspirational, joyful and an atmosphere of success. Our camaraderie and friendship will never fade!

Thank you to the late Ernie Butler and David Fowler — your friendship and trust until your passing, I will be forever grateful for! Thank you to my best friend since age 5, Ralph Kowal (a Navy veteran). I’m looking forward to more golf, poker and pizza at The Cloverleaf in Tacoma, Wash.

Lastly, to the man who guided me at the PVA Northwest Chapter, attended church with me on PVA trips, taught me to put
others before self, schooled me in poker (I could never read him or get a tell) and mentored me until his passing — I thank you, Jack Michaels!

I dedicate this last article to the memory of Jack, who taught me the four values I tried to keep and live by as president:

1) Stay humble and don’t forget where you came from.

3) Find ways to improve the organization.

4) Leave the organization better off than when you started.

A PVA past president, Jack was born in 1944 in Watford City, N.D., and eventually moved to Seattle. After graduating from high school, Jack graduated from the University of Washington.

Shortly after graduation, Jack joined the Army and became an officer and a helicopter pilot. He deployed for Vietnam and during his second tour of duty in July 1970, his helicopter was shot down. He crashed into the jungle and sustained a spinal-cord injury (SCI). He was awarded a Purple Heart and the Distinguished Flying Cross.

Jack rehabbed at the VA Long Beach Healthcare System in Long Beach, Calif., and in 1971, he became a PVA member. He returned to Seattle and started a lifelong journey to help others and give back. Jack spent the next two decades advocating for accessible mass transit in Seattle.

Most sporting and concert venues and public spaces in the area were made accessible thanks to Jack’s advocacy. In 1977, he co-founded the PVA Northwest Chapter and the Washington Coalition of Citizens with Disabilities. Jack was pivotal in helping to establish a SCI center at the Seattle VA Medical Center in 1985.

Jack’s list of accomplishments and recognitions is impressive, to say the least:

Jack met the love of his life — his wife, Rosanne — in his 50s and became a Catholic. He was an amazing poker player, whom I and others battled monthly for years.

Lastly, Jack volunteered countless hours at St. James Cathedral kitchen in Seattle as a prep cook to feed the hungry. He also served pizza to the Seattle VA Medical Center SCI unit veterans once a month and helped the poor in El Salvador through his local church.

How he found time to do everything, I will never know. But Jack lived the Latin phrase alius pro ego (on behalf of someone else, I will). Jack passed away Nov. 16, 2012. 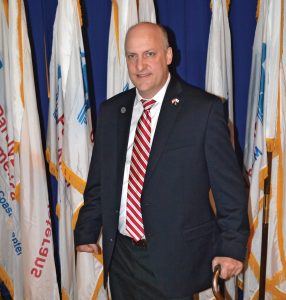