For people with disabilities, conveniences such as ride-sharing services can sometimes be anything but practical

The advent of ride-sharing applications (apps) such as Uber and Lyft and third-party vacation rental property vendors such as Airbnb and VRBO have changed the way people get around or find a room to book for a vacation. But recent lawsuits filed on behalf of advocacy groups and people with disabilities call into question these entities’ responsibilities under the Americans with Disabilities Act (ADA).

Geoff Ames of accessibility consulting firm Meeting the Challenge and Paul Simmons of the Rocky Mountain ADA Center provided some insight into these “sharing economy” vendors’ obligations of ADA compliance and non-discrimination on Wednesday during the National ADA Conference at the Gaylord Texan Resort & Convention Center in Grapevine, Texas.

“Third-party vendor services open their doors for people traveling, make it really convenient for some people to travel around the country and then find a ride to their hotel, or find a house to live in for several days instead of living in a hotel. This can be very advantageous sometimes for people with disabilities, but in some cases the operators of these third-party operations are not cognizant of any ADA responsibilities,” said Ames. “One of the biggest questions is … whether they’re covered by Title III of the ADA, which is specifically addresses places of public accommodation. The regulations and the ADA itself did not anticipate this kind of commercial activity. Yet, the basic idea and intent of the ADA is that anybody operating a business to serve the public should not discriminate against people with disabilities.”

While both Uber and Lyft set their own rates, conduct background screenings on drivers and have safety requirements, a recent U.S. Supreme Court case set a precedent that the drivers are contractors, not employees, of these ride-sharing companies, Simmons said.

Ames added that the courts have decided there may be a basis to these cases and have refused efforts by Uber and Lyft to have the cases dismissed — for the time being.

“The regulations don’t cover this in a way that would make this a black and white decision,” Ames said.

Other court cases have involved drivers’ refusal to allow service animals in their vehicles, though though the refusal went against company policies, and others who abandoned passengers with mobility devices.

“This is something that it took a long time to get even the cab companies to acknowledge that they had an obligation to pick up people with service animals,” Ames said. “You can’t require, under transit regulations, you can never require somebody to transfer from their mobility device, but even if you’ve got an inaccessible vehicle, a regular vehicle, if a passenger’s willing and able to transfer from their wheelchair, the driver should be willing, ready and able to put that wheelchair in the trunk of the car and drive a person and unload the wheelchair when they arrive at their destination.”

Ames said a basic first step might be to see that the drivers receive disability awareness training and instruction on how to assist people with disabilities.

Select cities are currently piloting UberWAV, a third-party service that Uber says is certified to assist riders with mobility impairments. But people with disabilities have reported having to wait inordinate amounts of time for their rides, and under the ADA, businesses have an obligation to provide equivalent service, Ames said, which governs travel times and cost.

“It’s not as simple as saying, well, they don’t have accessible vehicles and, therefore, they can’t provide assistance to people with disabilities because not everyone who has a disability is in a wheelchair or needs a fully accessible vehicle to take a ride,” Ames said.

When it comes to vacation rental properties, the ADA applies to properties that provide hotel-like amenities if they are used as a timeshare, condominium hotel or other mixed-use corporate facility intended to be used as a public accommodation on an app.

“The only explicit exclusion for coverage in the ADA regulations for transient lodging-type facilities is for those facilities that are located in an owner’s home where they reside and no more than five rooms for rent, so what we think of is an old-fashioned bed and breakfast kind of place,” Ames said. “Just because it’s a private house, it’s not inhabited by the owner while it’s being used as a rental property, it definitely is not protected by this exclusion. Now, there are some vacation rental properties where the owner may live in a part of the house and rent out a part of the house, and in those cases, I would say they would not be covered by the ADA with this exception [they would be exempt]. But this is not the typical case with these vacation rental properties.”

Ames said it’s important to understand how the ADA looks at transient lodging in regard to how many total rooms there are, the types of rooms, how many rooms are mobility-accessible and how many are communications-accessible. And just like hotels, they must provide reasonable accommodation for service animals.

“You might look at it and the pictures they show you, you might say, ‘Oh, I’m just going to make some minor modifications and I’ll be able to get in the front door, but when you show up, there’s no place for accessible parking and no route to get there,” Ames said.

Ames said he thinks there’s a fairly solid argument that there needs to be some level of ADA compliance, but the hardest part is to determine the threshold for required accessible rooms.

“When you’re talking about VRBO or something, they have tens of thousands of units available across the country, do we look at that in each location? Do we look at it town by town or ZIP code by ZIP code? Do we look at it nationwide and say, ‘What’s the scoping? How many accessible units are they required to provide coast to coast?’ We don’t really have any guidance for that in terms of the ADA standards and regulations.”

There have been a few court cases involving vacation rental properties, but none have reached the Supreme Court. Simmons said it has been argued that hotel building codes, including health, fire and disability regulations, do apply to vacation rental properties because the regulations are for the protection of tourists, who are usually unfamiliar with the rooms of the buildings.

“They need to know where the fire escapes are, if you will,” Simmons said. “And Airbnb officially discourages discrimination, including disability discrimination, which is ultimately unenforceable, and that’s where we stand.” 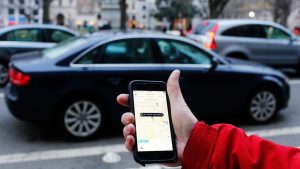