Snow and ice can make using and finding accessible parking spaces and pathways tough, but there are things you can do to clear the way

In many parts of the country, like Minnesota, the snow is falling, and people are preparing for all the hassles that go with it. When streets and parking lots get coated with fresh powder, the plows, shovels and snow blowers come out to clear a path. But that path isn’t always cleared for people who need to use accessible parking spaces or curb cuts.

Too often, a wheelchair user will go to park at a local business only to find that huge snow drifts have been heaped in the curb cuts or the hash marks that designate the area for a ramp-equipped van. When the snow sits for days at a time, it’s not only inconvenient; it’s hazardous.

Nationally, most cities and towns have their own laws governing proper residential and commercial snow removal, but the rules can vary depending on the city’s budget, resources, size and population.

“Snow removal up here they have pretty much down to a science,” says Todd Kemery, vice president of the Paralyzed Veterans of America (PVA) Minnesota Chapter. “However, if some of these snow removal companies don’t do a good job, the parking lots can be a hazard. And anything over an inch, a lot of us wheelchairs can’t move around in that.”

Kemery has lived in Minnesota since 1991 and currently resides in Lakeville, a Minneapolis suburb. 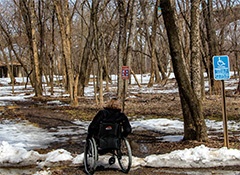 He says cities subcontract maintenance crews that are responsible for snow removal on city property. According to Kemery, around Minneapolis, typically snow removal from major roadways and city-owned sidewalks happens within 24 hours once the storm has passed, but it can take up to 36 hours for public works crews to reach more suburban areas and side streets.

In the case of businesses that rent their spaces, the property management companies are generally responsible for having snow removed, Kemery says.

Kemery says Minnesota is fairly strict on its snow removal rules and guidelines. Even so, he’s often seen snow piled up in accessible parking spaces and has on several occasions found it necessary to bring attention to the issue. Kemery makes sure to take photos of the area to document the problem.

“My first job is to create awareness, and then I’ll have a conversation with the store manager. And at the same time, I’m requesting a contact number for the snow removal company,” he says. “If the problem continues, we go into a more pointed type of conversation, but in the beginning it’s more about, ‘People can’t use the spot if you pile up the snow there,’ and that usually is what takes care of it.”

Kemery says a majority of businesses are receptive to his verbal requests for accommodation. And sometimes it doesn’t just take one conversation but a reminder visit every year.

“If you become known as highlighting and talking to these businesses where the problem areas are, eventually over time you’re not having the conversation with the snow removal company but the business is,” he says.

A good idea prior to venturing out after a large snow event, he says, is to find out if your city has a snow removal hotline or websites that track snow removal progress.

“If you get ahold of the city and find out how the snow removal’s going, that’s one resource,” Kemery says. “There are many websites for townships that mention what they’re doing for snow removal. And you can call the business itself and say, ‘Hey, I’m thinking about coming in. How’s your parking lot look?’”

Kemery recommends going through the same steps he would go through if you personally want to deal with a snow removal issue.

“However, I also leave the door open to if you’re not getting anywhere, then certainly contact the office and we’ll have a polite conversation,” he says. “Sometimes, just an individual doesn’t carry enough weight to some people, and if we get the organization to step in, they’ll listen to that hopefully.” 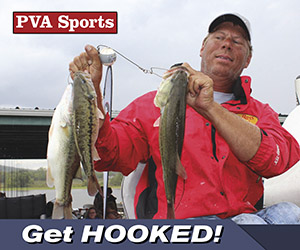