On August 8, President Trump directed the Secretary of the Treasury to defer Social Security contributions (i.e., payroll taxes) from September 1, 2020, until December 31, 2020, pursuant to Internal Revenue Code provisions authorizing the disregard of tax liability of taxpayers determined to be affected by federally declared disasters, terrorist attacks, or military actions.

These payroll contributions are the primary funding mechanism for Social Security retirement, survivors, and disability benefits. The deferred contributions amount to about $100 billion plus all interest earned on those deferred funds.

Because employers would still be responsible for the funds in 2021, and the government has not provided clear instructions about implementation, it is possible that employees will have double what is normally withheld for Social Security in order to pay back the deferral.

The U.S. Chamber of Commerce has expressed concern over this action and it is expected that many companies may simply continue to withhold the money but not transmit it to Treasury until 2021.

Meanwhile, the Administration announced in early September that it would proceed with the payroll tax deferral for federal employees and members of the military. According to the President’s memorandum, the deferral follows the original August 8 order in which employees will have their taxes deferred if they make less than $4,000 per pay period or $104,000 annually.

Social Security has an accumulated reserve of $2.9 trillion. Consequently, if the deferred funds are paid back in 2021, Social Security would have lost the interest income, but all benefits will continue to be paid in full and on time.

However, the IRS code section gives the President the authority to extend the payroll contributions deferrals for up to one year under a federally declared disaster.

If no action is taken to pay back the trust funds and the deferral continues after December 31, 2020, the Chief Actuary of the Social Security Administration has estimated that Social Security Disability Insurance (SSDI) benefits would end sometime ­­­­in the middle of 2021.

Should that deferral be extended further or other actions taken to end payroll contributions, the retirement trust fund would be unable to pay benefits two years later in 2023.

In a press briefing soon after the August 8 order, the President expressed an interest in permanently terminating the payroll contributions and replacing them with monies out of the government’s general fund, which would require a transfer from general revenues to Social Security of over $1 trillion every year.

According to the Congressional Budget Office, that would represent about a 30 percent increase in general revenue spending over what the general fund spent in 2019. Moreover, that additional $1 trillion would have more than doubled the FY 2019 deficit.

Proposals to permanently end Social Security’s current financing would fundamentally alter this 85-year-old system of financial security for millions of Americans. Congress can act to reverse the deferral but would likely need a veto proof majority in both the House and Senate to do so.

PVA has endorsed legislation to overturn the deferral of payroll contributions and will be following developments closely to ensure that the Social Security system remains strong for the millions of Americans who rely on its critical retirement, survivor, and disability benefits. 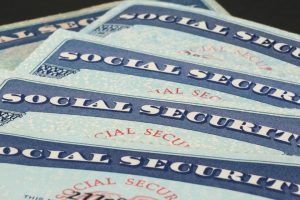