Our organization has done great things  for members in the past, and it’s up to all of us to continue paying it forward 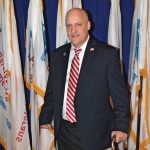 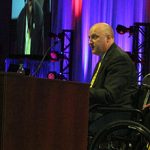 America is the great experiment of eternal hope and the desire to do right, that all may benefit from what is right and good for mankind

Larry [Dodson] had a keen perspective in the finance, resolution and other committees on which he served and with which he met

We seek to ensure that if care is provided in the community that it is appropriate and meets the needs of the veterans seeking it.

The May Paraplegia News is out and in this month’s issue we go in-depth with a few PVA past presidents and get ready for PVA’s 75th annual convention set to take place in Las Vegas. #PNO2021 Subscribe today for better wheelchair living. ... See MoreSee Less

Is that one still in print? I can’t tell you how many athletes told me they were inspired to get into sport after picking up print Sports n Spokes at their prosthetics or docs offices.