Troubling Proposals For People With Disabilities

For Americans with disabilities, the Administration’s budget contained a number of troubling features

For Americans with disabilities, the Administration’s budget contained a number of troubling features.  Recycling proposals from previous years, the FY 2020 budget would cut Medicare by $818 billion over ten years through changes in payments to hospitals for uncompensated care, new policies that would reduce payments for hospital outpatient care, and cuts in reimbursement to hospital-owned practices not located on hospital campuses. Payments for graduate medical education would also decline by approximately $210 billion over 10 years.

Medicaid is targeted for a $1.5 trillion cut over ten years through block granting the program and giving states more flexibility on Medicaid requirements. Among the suggested changes, the Administration would allow states to consider an individual’s savings when assessing eligibility for Medicaid and permit them to increase cost-sharing for non-emergency uses of emergency rooms.

The Social Security Administration’s operating budget would be reduced by $400 million.  Coupled with previous budgets’ underfunding of SSA administrative functions, advocates fear this could lead to further delays in benefits processing and adjudication along with additional closures of field offices.

The Administration would cut the Department of Housing and Urban Development (HUD) budget by $8.6 billion or 16.4 percent below 2019 enacted levels, resulting in deep cuts to affordable housing and community development programs.  If passed by Congress, some of the nation’s poorest elderly and disabled families would see significant increases in their monthly rents as well as the elimination of income deductions for medical or childcare expenses. The budget would also decrease funding for HUD’s Fair Housing Initiatives Program, which investigates housing discrimination, by $3 million. Also, targeted for elimination is the Community Development Block Grant (CDBG) program which is a prime source of disaster recovery funds.

Within the Department of Labor, the Transition Assistance Program (TAP) would receive an increase of $6 million over the FY 2019 enacted level. The Administration level funded other veterans programs including Jobs for Veterans State Grants (JVSG) at $180 million, Homeless Veterans’ Reintegration Program (HVRP) at $50 million, the National Veterans’ Training Institute (NVTI) at $3.4 million, and Uniformed Services Employment and Reemployment Rights Act (USERRA) enforcement at $43 million. The Office of Disability Employment Policy (ODEP) would be cut by 30 percent from $38 million to $27 million.

Other programs important to people with disabilities were level funded including the Department of Transportation’s Office of Civil Rights ($9.5 million), Protection and Advocacy Systems ($17.7 million) and Client Assistance Programs ($13 million). State vocational rehabilitation agencies funded through the Rehabilitation Services Administration received their statutorily mandated inflation adjustment with an increase of $88.1 million over the FY 2019 mandatory level. 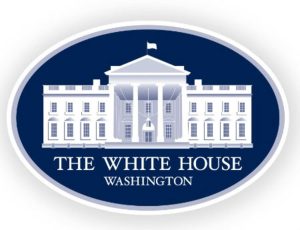